Thankyou to James Lane who recenlty donated the Elector's Right for Frank Henry Tucker, 20th Nov 1880. Frank Tucker was born in 1858 in Warrnambool. The son of James Tucker & Ann Harding, he moved with his family to East Charlton in the 1870s. His father was a watchmaker and jeweller. Frank became a carpenter and later moved to Wycheproof where in 1883 he opened a timber merchant, builders and undertaking business. His ties to Charlton remained and he opened a branch in Charlton in 1899. After WW1, his son, Private Charles Henry Tucker, joined the business - F. H. Tucker & Son. In 1925 he moved to Geelong West and with Charles established an undertaking business. Frank died in 1932 and the business, Tuckers Funerals, still operates today but is no longer owned by the Tucker family. 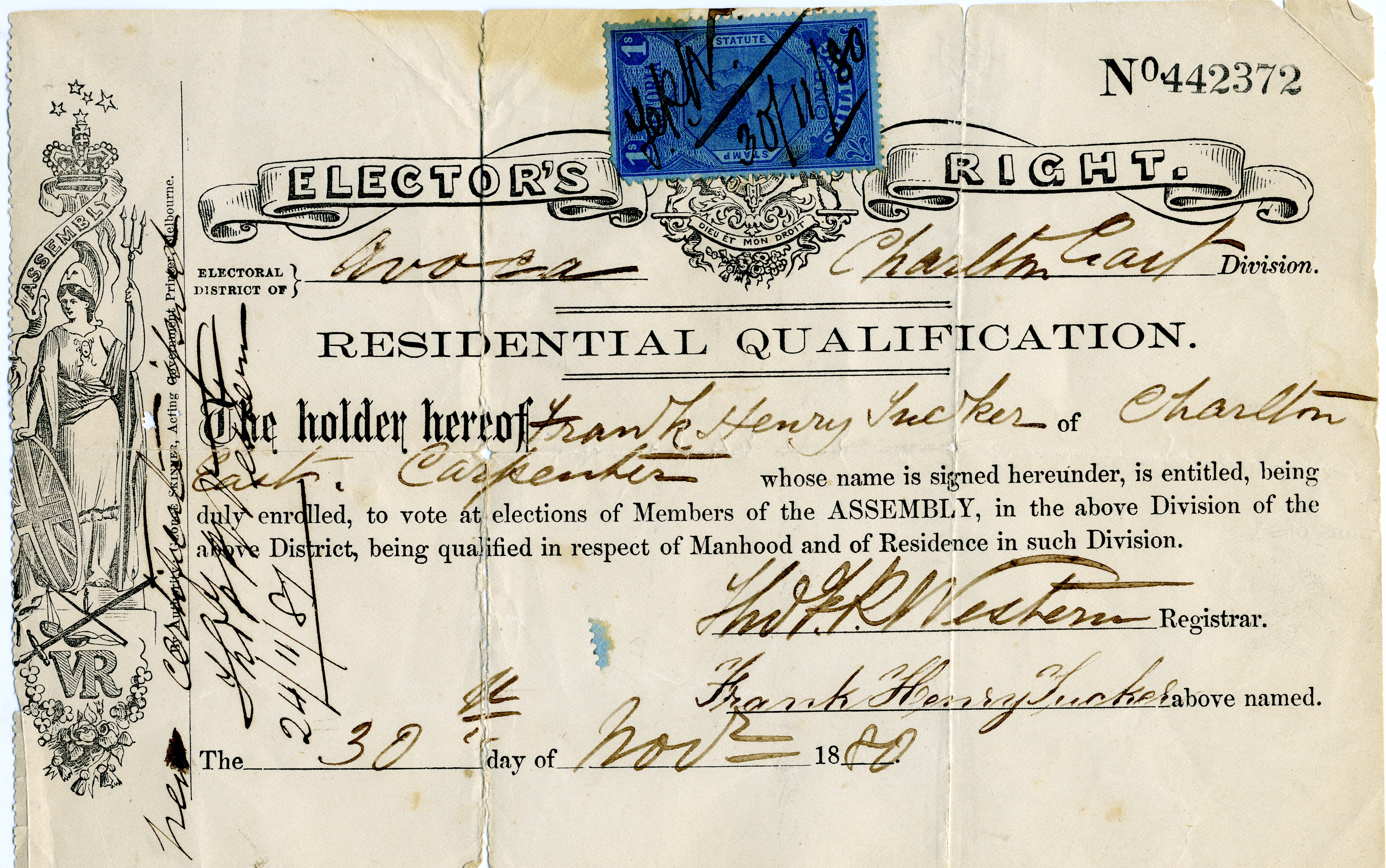 Reply buy chloroquine phosphate tablets
5:51 AM on February 16, 2021
is chloroquine over the counter cloroquina sulfur effects on body

Reply JamosSwins
4:17 PM on June 12, 2021
Wonderful material. With thanks.
https://dissertationwritingtops.com/
essay about college life
https://bestessayseducationusa.com/
college essay helper
https://topessayservicescloud.com/
how to write a essay for a scholarship
https://bestessayscloud.com/
how to write a summary response essay
https://wiqas.webs.com/apps/guestbook/